Musings from the Laundromat: Long and Winding Road

While routine soothes me – it’s beginning to become glaucoma groundhog day each Sunday.

Bless my little glaucoma man, but for 5 minutes I stood holding an empty canister of laundry sprinkles, listening to him share the latest about his eyes. 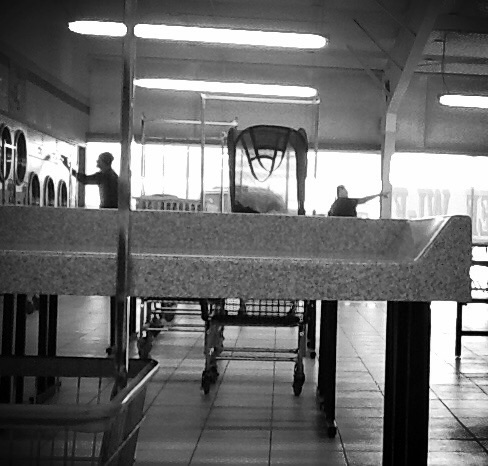 My little pocket man is apparently in the hospital – remember him?  The one I  gave a band-aid to?  I just overheard that exchange between his wife and glaucoma man.

That makes me sad.

I just ventured over to the coffee pot in hopes there was some caffeine awaiting.  There was.

Laundry lady: I made it just for YOU

You get connected to people you know?

Just said good-bye to glaucoma man … I’m missing little pocket man.  And staring at an ’emotional support’ dog sniffing around the place. Wishing it would come close enough to take a photo of.

I could use some ’emotional support’ right now.

Spent Friday night going through my worldly possessions – and some of them HAVE in fact possessed me.  Going through my closet was akin to Mr. Toads Wild Ride.

I looked at old photos – old cards – old diaries and letters.  Old ways of thinking, old mistakes … ended up burning a book hoping for some sense of closure.

The book would not burn!  I started outside, dug a hole in the dirt (emotional or not, I am a sensible fire starter) and struck match, after match, after match – to no avail.  Ended up coming inside and just doing it in the kitchen sink.  Only the cover ended up catching fire – but it was enough.  I soaked the fire out and put the book in the trash.

There’s more that must go.

I have this visceral need to remove toxic memories from a home that will be filled with new and amazing ones.

Ever mindful of course, not to forget the lessons I’ve accumulated along my crazy path.

I then got nostalgic – as you do when you’ve just poured through photos.  And sat listening to songs (when I should have been cleaning) and stayed up way too late.

Posting stupid things on Facebook – okay, let’s be fair to myself for once, I posted honest and immediate feelings I was having – then deleted them the next morning.  I am so very bad at editing myself.  I give too much of myself away.  Then remember, not everyone wants to know what’s going through my head.  If they do … probably they’ll come here. lol.

Anyway – the songs calmed me, songs always do, and with my room in shambles – memories strewn about the place – I found sleep.

This song reminded me of life’s twists, turns and arriving back to my honey.

Posted in Musings from the laundromat, Uncategorized 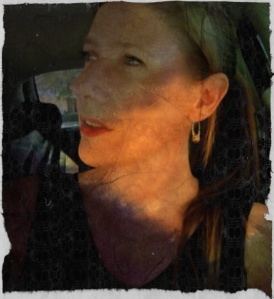 The thing is … lately I feel like I’ve been ‘wrapping things up’.

Letting those who mean something to me know it.

Giving back treasured memories of the past to the people they belong to.

My writing has not been good lately.

My positive attitude has taken a turn.

I know this too.

I know it – and don’t have the energy to change it. 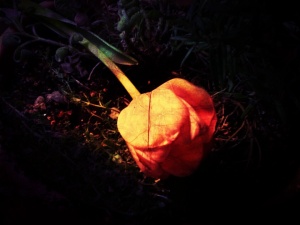 Someone received an arrangement at work a couple of weeks ago – and I became caretaker.

The vase was bursting with vibrant color and fresh cut blooms.

As they faded and withered, I removed them.

I kept doing this – refusing to throw them all out because some part of the whole had passed on.

It came down to one stemless flower this past week.

I found the smallest container I could, and placed it gently in the water.

I couldn’t find it in my heart to throw it out while it still had some life in it.

While it still looked so beautiful.

Contrary to this, I found my pen writing the most obscene sentence in my own diary last week.

That I had been having fleeting thoughts of death.

Thinking that perhaps all that I was here to do had been done – and all that I hoped for might never be.

Perhaps not meant to be.

And that ink bled out onto the page with such rawness and so bravely – that I allowed the pen to finish the sentence.

And I’m not ashamed.

Because thinking of things does not make them so.

And because allowing myself to admit something so dark, even to the pages of a book no one will read – shocked me necessarily. 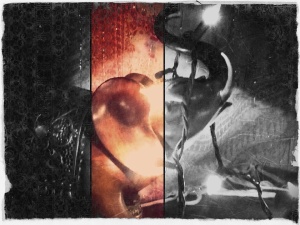 I find the smallest light I can find – and gently place myself in it.

I give my soul water – salty – and shed when I am alone.

I continue to share my memories with those who made them with me.

I don’t stop telling people how important they are – how loved.

And I steady myself for what the future might hold – and know that I’m strong. 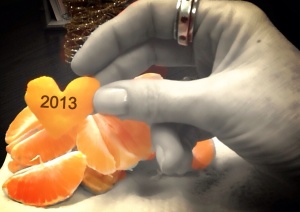 and to stay in as long as I could

I’ve laughed with my whole heart

lingered there until the last exhale

I learned to cry

to release – but not to wallow

let tears fall … tasted them on my lips

Felt with each tick of the clock, page of the calendar

My brushes have been wet with color –  hands covered with clay

My fingers typed so many words!

some that made a difference

many that did not.

My arms have circled family

felt the warmth of what is truly valuable.

Read books I could not put down

I mourned their completion.

I’ve been enchanted by new love

watched my son fall into it

… for the first time

bracing myself to be brave

I celebrate with my heart this New Years Eve

not with clinking glass

I celebrate all that was

all that was not

all that will be

I celebrate the student I’ve become

and the mystery that’s me. 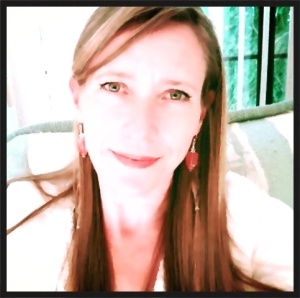 Someone I work with gave me a little bag of perfume samples on Friday. 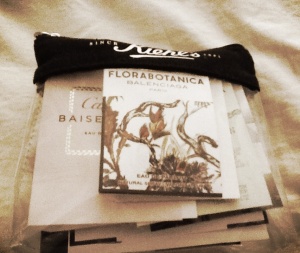 These are two of my favorite things.  Little and Perfume.

I’ve said I’m not a girly girl – and it’s true when it comes to putting frosting on this cake – but perfumes … oh my goodness.

I don’t have a ‘signature’ scent.  I love a variety of fragrances.

My sense of smell is incredible.  I’ll alert you if the neighbors have just turned on the BBQ or someone a mile away has just cut their grass.

My memories are triggered by smell and sounds – more than visual prompts.

I love them more because they’re infrequent.

So a sampling of new and amazing smells was such a wonderful gift.

Made me think (no surprise there) about moderation.

How much more grateful I am when I’m afforded only a little sample of a food or an experience or an author.  (Much like Catcher in the Rye – well played J.D., well played.)

I treasure it then, the memory is folded carefully into my heart and not taken for granted. 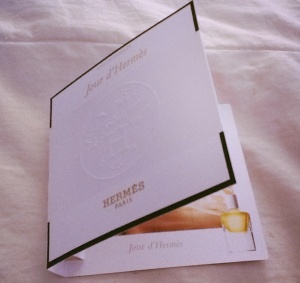 My favorite so far

I am so easily pleased.

Which makes me wonder why I have such grandiose expectations of myself when it comes to gifting to others.

But that’s a tangent for another day.

What a weekend so far.

There has been someone on my mind for years.  A friend that left such an impression on me, that after life took us in different directions – I found myself thinking of him a lot.

Wondering what ever happened to him.  Laughing at silly things we did.  Smiling at the memories of us trying to put a comic book together based on a short story I wrote in college.  Sighing at the night he was there for me – during a very difficult time in my life.

I missed my friend.

I have searched through the years – internet searches, inquiries to mutual friends  – nothing.  I searched Facebook and could not find him.

I have art he drew for me – poems he wrote for me.

One poem in particular played a huge role in an intense conversation I had with my son about a year ago.

I won’t go into details.

Suffice it to say, I wanted to reconnect.  I wanted to find out how he was.  Was he happy? Was he still drawing?  Was he married with children?

I found a mutual friend on Facebook, who I’ve also looked for over the years, and lo and behold – he was friends with the person I was looking for.

I couldn’t have been happier. Sent friend request and waited. 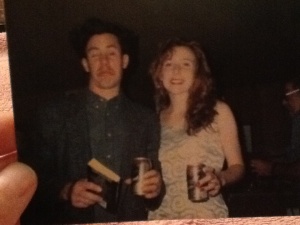 He accepted my friend request.  (Isn’t that funny?  Your ‘real life’ friends have to approve your request for friendship.)

I got to speak to him via the internet today.

I type fast – very fast.  And bombarded him with ‘OMG’s’ and a million questions.

Of course one of the questions was if I could share some of his art with you here.  I won’t know until we talk again.  But, trust me when I say, if I DO get to share it – your socks will be blown off.

I was shocked to see a couple of his photos on his page were of drawings he did of characters from my short story ‘Purple Haze’.

No. Not the song.

I maintain to this day that I hadn’t heard the Hendrix title when I wrote that story.

My dad had been to New York, I begged him to get me something, anything from Bloomingdale’s.

He came back with a see-through phone with pink neon inside.  With my lights out at night, my bedroom was awash in purple light.  THAT is where the name to my story came from. 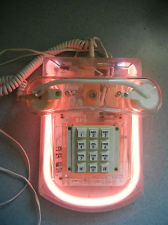 Anyway, I was so inspired by our chat, that I decided to go to my mom’s house, over the river (yes, really.  No woods to go through though.) and finally retrieve my box containing memories and my writing from college.

Got it home and with nervous excitement, I opened what felt like a time capsule.

Oh SO many things in there!  Photos, letters, autographed books, the scripts and press kits from Hannibal and Silence of the Lambs.  Yearbooks and primary school work books.  Nic’s ‘first year’ calendar.  A love letter from someone – I have no idea who?!

And, my creative writing folder.

I took it out gently, as if I were holding the holy grail.  In my head, golden light bathed the room and intense ‘ta-da’ chord came out of nowhere  (you know what I mean, that angelic-climactic sound.)

I opened the folder.

It has to be somewhere.  I’ll have to search through more boxes – I have lots and lots of ‘memory boxes’.  No, I’m not a hoarder – I’m sentimental. I keep every note, every card, every picture.

If it’s meant to turn up, it will.  Like my friend, after 20 years of searching.

And I will share one picture with you – because it says ‘To Amanda’ on it and I think that means I’m allowed to?

(I really need to google that whole ‘what can I post on my blog without permission’ thing one day.) 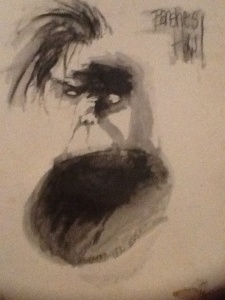