Mending my heart – with the boy who stole it

What a difference a day makes!

I’m feeling hopeful and positive. Even while our town is ensconced in fog – a rarity for our area.

I have to share with you a dream I had the other night.

In it, I was told that my heart condition could no longer be helped by the medicines I took. I was told I could be part of a group that were being ‘put to sleep’. It was explained that it was a mercy ending and did I want to participate?

I thought about it and decided it was probably the best route. I didn’t want to put my family through a sudden ugly passing. I also somehow knew if I didn’t take this opportunity, I would die alone.

The time was arranged and I told my friends.

The day of the arranged ‘end’ – I went to the clinic. There were others there, dressed comfortably and quietly entering a room.

I changed my mind.

I was told that the only way I could get out of it was to have my doctor give his permission.

I could not for the life of me (no pun intended) remember my doctor’s name! I scoured through a phone book until I finally found him. I called – and there was no answer.

It was at this time, that I should have been dead. I remember checking my Facebook and seeing that a friend had posted a tribute – it was me and a naked mole rat (yup, that little creature at the top of this page). The post had 34 likes at the time I saw it.

I was still alive, but no one knew.  So … I ended up going into that room.

I felt the IV – I felt the liquid entering my body and felt myself going under. I tried to fight it – but knew it was too late.  I was never to wake up.

As you can imagine, I was very grateful to wake up yesterday morning – and realized – that I needed to address what was hurting my heart.

This rift with my favorite person on the planet was now manifesting not only physically, but into nightmares.

Something had to be done – and so last night,  I had a conversation with my son.

I shared my concerns and asked the questions I needed answers to.

When I opened myself up to my son, he opened back.

I found a way to help him last night – and as I did, I realized not only were we solving one of his problems together, but I was getting the time I needed with him in the process.

I typed as he dictated a late paper. I saw an area I could be of service – let him focus on the words and let my aptitude for touch typing at great speed make the task less daunting. Get it done so he could get the rest he needed.

We exchanged glances and smiles and laughed together.

“This is how it should be.” I told him. “A balance. Of school and work and relationships and fun – and us. I missed you. And you must reach out when you need help.”

(Which is funny coming from me – ask anyone who truly knows me who has tried to offer their help. I’m SO stubborn – and will only resort to accepting aid if my problem begins to affect those I love.)

I awoke at 11:30 to a sound in my room – and climbing onto my giant bed, was my boy. I suddenly had my entire little family close to me.

Butters snoring on one side, Nic finding sleep on the other. I daren’t move – my heart was smiling.

If that was the last moment of such closeness I get – I’ll hold tight to it. My boy breathing and dreaming, my dog nestled up on my pillow. I lay there and though I was tired, wanted to soak up every second of that. Until my eyes closed again and I found sleep.

And there were no nightmares last night.

I am exhausted.  I am sitting here at the laundromat in mismatched clothes,  (partly due to the fact that I didn’t come here last weekend) grainy eyeballs and no coherent thoughts meandering through my head.

I posted about my rotten night ‘sleep’ on my FB page – and my friend offered ‘Melatonin’ to which I responded, ‘sounds like a Hogwarts spell’.  Which, it did to me.  I could just imagine Hermione waving her wand and then with a deft flick,  “Mel-a-ton-in!” 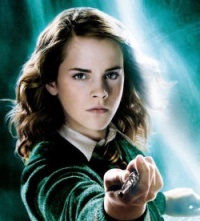 The person at the receiving end of that wand, falling immediately into a blissful slumber.  *sigh*

Okay, now I AM dreaming.

So, I have been tossing and turning, waking and thinking, catching snippets of sleep only to have nightmares.  It’s bonkers.

The good news is, I took tomorrow off.  No glancing at the clock all day, measuring out how much time I have available for resting or enjoying a movie.  After I get home, I don’t have to leave the house again until Tuesday morning.

Posted in Musings from the laundromat, Uncategorized

Did NOT sleep well last night.

I watched a little picture of the plane my son was on traverse across the States and noted the altitude, speed and duration of his flight.

When I did sleep, my dreams were riddled with nightmares.  Robberies, guns … probably due to the fact that there were several noises during the night that woke me and Butters up.

I have to admit, when she barked in the night, I startled.  I usually don’t startle.

I am the one that checks out the ‘bumps in the night’.  I’ll just walk right outside bravely and see what the hell is going on.

I guess subconsciously, knowing no one is home to report my murder got to me.

Let’s face it – the dog is useless.  For all her barking at everything that passes the house (cars, cats, rabbits, lizards, bicyclists, joggers, ants …) she has no bite.

Do I really expect THIS to be my guard dog?

I also kept swiping at my ipad during my waking moments as I now have two men that I adore (and was hoping to hear from), on a continent and time zone that is not mine.

This morning I faked ‘awake’ as best as I could and caught up on the work I missed yesterday.

Then spoke with my friend in the UK who was going to see my son and mom.  l told him, “I want proof of life!”  I begged for a picture – and I got one.

Here’s Nic in England proudly wearing an England Football shirt given to him by my friend Rory. (He’s the one in the photo that doesn’t look like he was just on a 10 hour plane ride.)

I delved back into work.

For the first time ever.

During a thrilling power point presentation on the Home Equity Conversion Mortgage process.  I nodded off.

Upright, in my chair. 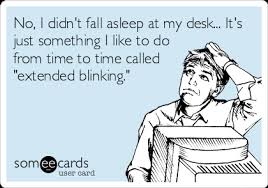 I startled awake and finished the presentation.

My boss:  “You struggling over there?”

I decided the only thing to do was to stumble over to the gas station across the street and get some coffee.

And a hot dog.

Because I’m still comfort eating.  Besides, I planned to immediately become intimate with the couch when I got home, and knew I wouldn’t have dinner.

There was a little post-it note on my calendar in my bosses handwriting that he ninja-like managed to sneak there without me noticing.

I was a little punchy after my nap, so I just eye balled him as I bit into my hot dog.

And the couch is waiting.

So the word for day one is: TIRED!

I haven’t reached ‘lonely’ status yet – so the dog is safe from conversation and pestering.

But I’m sure when I do, it will go like this: