Calamari, packing badly and being shifty at the imaginary bakery

I’m comfort eating.  Calamari to be exact – and fries and some delicious chili sauce thing that reminds me of a savory marmalade.

Calamari took my mind on a little walk and they shared a memory about the first time Amanda had calamari – it was in Italy. 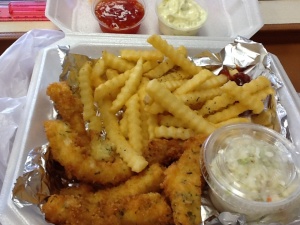 I used to actually DO things you know?  I have done and experienced AMAZING things!  Seriously!   From almost being sold in Afghanistan to staying up for days and days surrounded by crazy ravers.

I still DO things.  I have a busy life.  I just make it look easier than it is because I make time for things and people who are important to me.

In my ‘spare time’, I play this stupid game that I can never logistically win – and even if I did – it’s a virtual flipping game – not like I’m going to improve my life or bank account by playing it.

Anyway, I got the following compliment last night.  (Which did NOT creep me out like the ‘are you single’ question from some guy playing in the same room as me last week. Ew.) 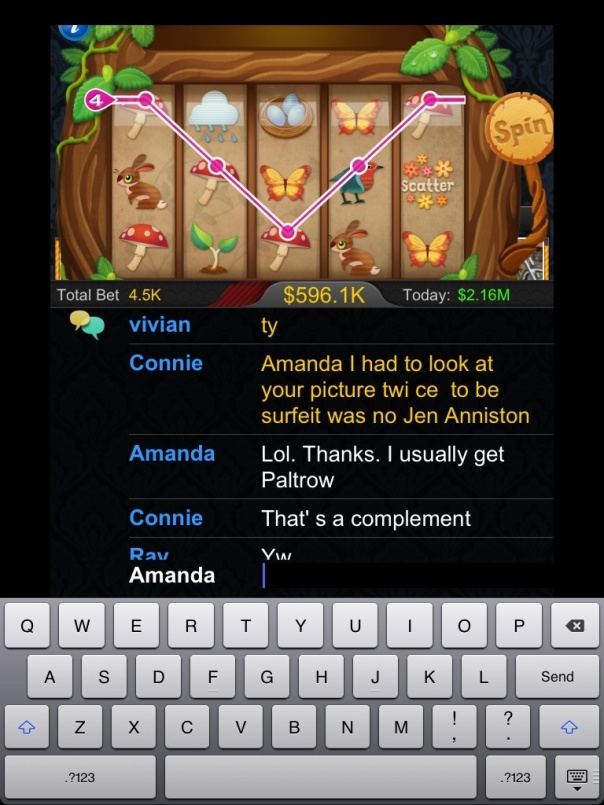 I don’t think I look anything like Jennifer Anniston – but hey, she was married to Brad Pitt, so I’ll take it.  (Although, never have been attracted to Brad Pitt – he’s too ‘pretty’ for my tastes, so why in the world did I just say that? Food stupor.)  I usually get Gwyneth Paltrow .. (who also dated Brad Pitt … what the heck??  Maybe I just look like someone who would get dumped by Brad Pitt?  Hmmm ….) What do you think? 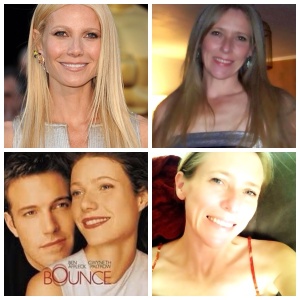 Tangent.  Did you enjoy that?

So, I’m comfort eating and remembering a comment my dad made YEARS ago.  I was feeling sorry for some homeless people in an awful part of town.  He made the point, “Um, they are homeless … they can be ‘homeless’ ANYWHERE.”  That made an odd sort of sense to me.  Why not be homeless somewhere with comfortable weather and lots of people spending far too much on food and tossing it after just one bite?  If I was homeless, my thumb would be out for a ride to anywhere but here, that’s for sure.

Feel like a kid lately who just wants to ‘go’.  I want to run away. LOL!  Pack like, 10 pairs of mismatching socks, no pants, toys, only 1 pair of underwear and forget to pack tops and my toothbrush.  You know, like we did as kids when we were in a hurry to escape.  You’d open your suitcase, or whatever container you grabbed at time of packing, and realize ‘wow, I can really do nothing with any of this.’

But seriously.  I have this sudden urge to just ‘bail’.  Get out of dodge.  Run away. 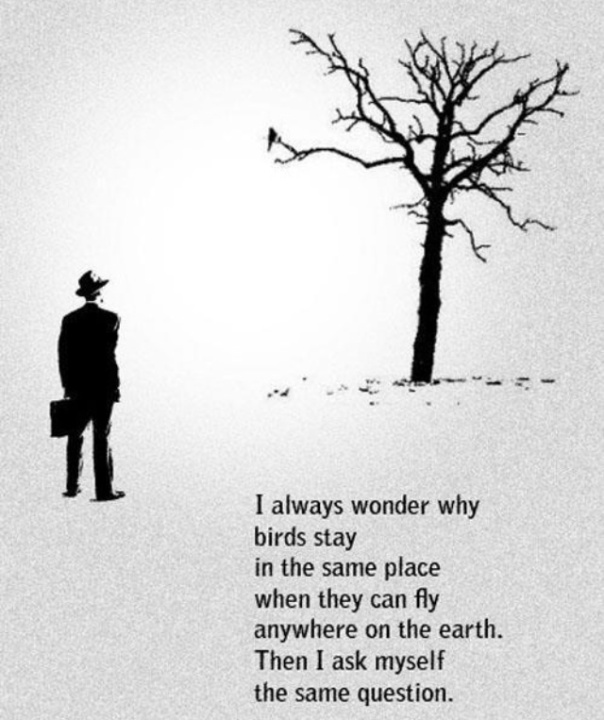 I could start anew in a tiny idyllic village.  Maybe even under an assumed name?  I’d rarely be seen out … slip in and out of the bakery and butchers – with dark glasses.  Looking very dangerous and shifty in a trench coat.  Okay, maybe not so dangerous – probably more like an idiot in a trench coat, dark glasses and eclairs in hand from the bakery I just slipped out of.

But, probably I should just address whatever is making me want to run away in the first place.  Because, no matter where I run to – I’ll still be there. LOL