It’s warming up in the desert.  Today my car advised me it was 52 degrees on the way to the laundromat @ 7:30 a.m.  Seems like only yesterday when I was reading ’32 degrees.’

I’m not ready for it to warm up yet!  Nooooo!

Actually, my first stop was not the laundromat, but to the Redbox to return Jurassic World.  I was one of the few on the planet that didn’t go see that one in the theaters.

My son and I got comfy and with bowls of food began the film.  I should point out, that he’d already seen it.

Me: Ug.  I hate seeing movies for the first time with someone who’s already seen it.

*Moments into the movie*

Me: (Pause, roll eyes). Are you going to do this the ENTIRE movie?

Nic: Pause it!  You know what I never noticed the first time?

He needn’t have worried about giving me a play-by-play because I think I only saw 2/3 of it anyway.  I fell asleep several times.  (Sorry Star Lord.) 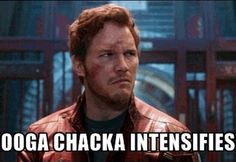 Earlier that day, Nic and I had gone grocery shopping.

Shopping with Nic always results in laughter – (and a bigger bill @ the checkout.)

This trip was no different.

Nic is quite the connoisseur of ‘unique’ beverages.  $$$

He came across a fancy live probiotic, natural energy concoction and eagerly hurried off to purchase it after asking what aisle I could be found in upon his return.

I should have lied about the aisle.

I acquiesced and gave the drink a sniff.

So much was going through my head at this point – but mostly that I wanted to live.  And then that if I DIDN’T take a sip, he was going to badger me for the balance of the shopping.

Now, have you ever left juice out and unrefrigerated and then accidentally sipped it?

This was the beverage. 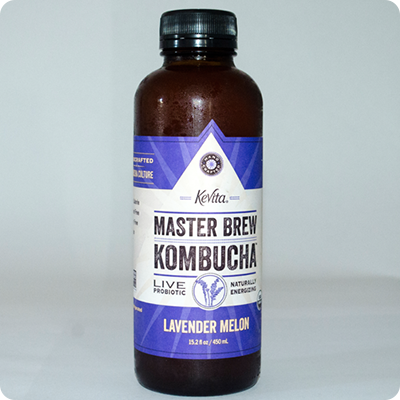 By the time we were checking out, we had two cashiers and one bag boy involved in the ‘dare’ of sniffing the drink.

The bag boy nailed it when he said it smelled like vinegar.  One cashier told Nic to just down it.  That wasn’t happening.

We ended up playing a game of ‘keep away’ with it the whole way home, and at home.

The bottle would appear sans lid in various places – like, my car, on the table pushed close to one of us, under the table and sneaked by each other’s noses.

We probably didn’t even need the movie, that ‘drink’ provided plenty of entertainment.

(I should probably apologize to the company now, I mean, I’m sure plenty of people stock up on their product and love it.  It just wasn’t our cup of fizzy, fermented tea.)

OH!  One more thing.  I have a fish!  Nic’s tropical fish had babies and a very brave and smart one managed to survive.  I adopted the teeny tiny grey blob speck and named her Rey.  (Nickname: Blobba Fett)

Here she is (Nic insists it’s a girl because of some fin thing?  I’m trusting him on this one.)  Get your magnifying glass out: 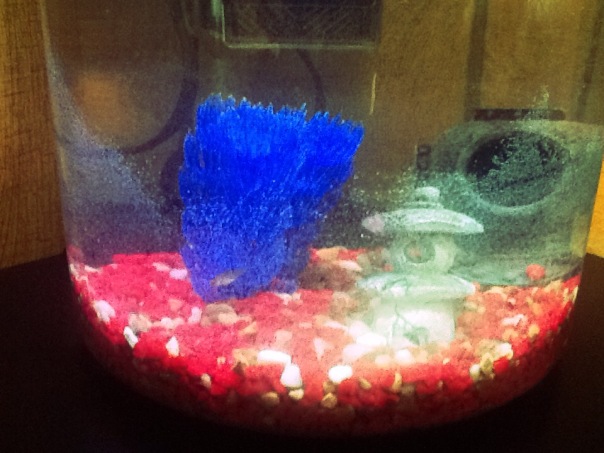 She’s in front of the blue thingy.

So there you have it!  My weekend in a nutshell.  Dryers are almost done so I’ll be bid you adieux and hope you all have a wonderful Sunday and a great week!