‘Comfort Eating’ and a new fan

Comfort eating … I wanted to say I’ve been doing it since Monday – then I remembered the Calamari post. <– click here. Oops.

I am currently completely, totally nauseated.

FIRST TANGENT: It drives me bonkers when people say “I feel nauseous.” It may have been so misused that Websters just gave up and decided to make its original meaning null and void, but back in the day – Nauseous meant you made OTHERS sick – to feel nauseated meant YOU felt sick.  Okay.  We clear now?

I’ve been indulging in chocolate covered almonds at work – oh, and trail mix.  And not in the ‘healthy’ trail mix way. 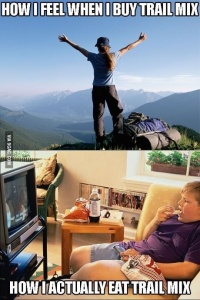 It’s ridiculous.  It all started with a weekend of pampering courtesy of my mom (oh gawd, this has been going on a WEEK!)

We enjoyed a pedicure together and then Sushi. 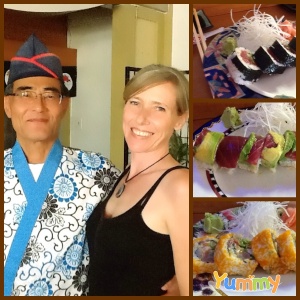 We eat a LOT of sushi.  This time, we were smart though.  “Remember, we never eat it all – and it’s too hot to leave in the car to do anything else.”  I said.

So we just ate a lot more there. LOL!

I ended up carting the take away box containing a much smaller amount of ‘left overs’ than I thought there would be into Wal-Mart and Bed Bath and Beyond.

SECOND TANGENT:  Wandered over to the fan section to see if there was one in my budget for my son’s room.  Found an awesome one!  Then I looked at the price tag and walked away.  More about ‘the fan’ later.

I have my days I’ll eat whatever I want, then I’m sensible the rest of the week … or at least 5 days of the week anyway.

Tuesday is meeting day in the office next door – and I have an all access pass to their kitchen.  It’s not what you know people, it’s who you know. LOL!

This was their spread Tuesday: 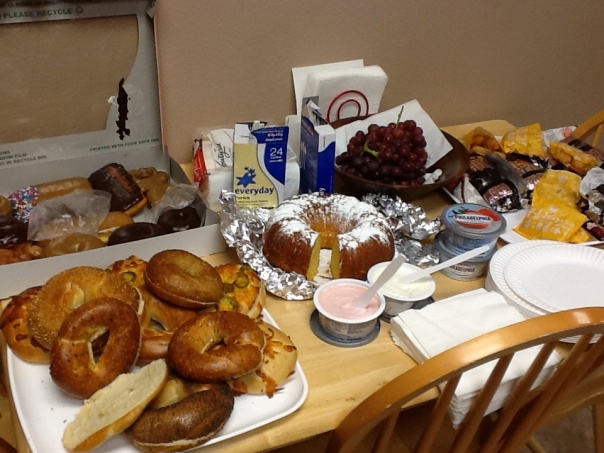 The rest of the week is sort of a blur.  I was in a bit of a food coma.  I brought lunch everyday, and then somehow – was provided a meal as well.  One day I had just finished the Italian sausage pasta I made over the weekend – when my boss walked in with this: 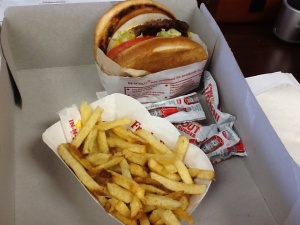 It’s poor manners to say ‘no thank you’ to your boss, especially when there are French fries involved.  Then it’s very bad manners.  And OH MY GAWD … it’s In N Out burger – who turns down In N Out?? 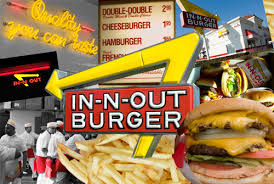 That same day, (actually, WHILE I was eating my fries – because you can’t let them get cold)  I was helping a man at my desk.  Wasn’t exactly related to my job, but he was a friend of the loan officer.  I had helped him and chatted to him a while back , and the day before and now I was faxing Last Wills and Testaments for him and what-not.

We spoke a lot.  He asked me where I lived –  I got a little nervous.  I don’t like personal questions from strangers … candy I’ll take, and yes, I’ll help them find their puppy, but I’m uncomfortable answering personal questions.

Turns out he was only asking because he wanted to compare electric bills.  We agreed they did seem to be a lot higher than last year.  This man just had major surgery on his heart and so I went the extra mile.  Told him about ‘the fan’.  Remember?  The one I was looking at in Bed Bath and Beyond whilst holding a to-go container of sushi.

I told him, it’s an ‘air circulator’ and it’s suppose to cut your electric bill down.  It disperses the cool air into every corner of your room.  I told him what I had found out about it while I researched whether or not I should spend the money on it.  Thought it might help him. 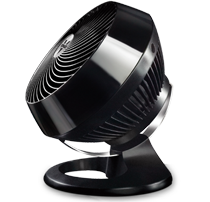 It is the man I was helping earlier.

Now – if you have read many of my posts, (there are over 200, who knows) you’ll know that I have the HARDEST time accepting help/money/gifts from other people.

So I’m preparing my ‘Oh, thank you you’re so sweet – but I couldn’t possibly‘ speech.  When he disarmed me with his own words.  In a nutshell, he said that he didn’t have many people to speak to.  That I had been very kind to him – and that he could tell what sort of character I had.  He bought himself one and he wanted me to have one.

What do you SAY to that??

“You’re welcome – and um, no.  Take it back!”  I’m trying to learn to be gracious and LET people feel the same way I do when I give someone a gift (or when I could give a gift anyway.)

So I have a new fan.  And I’ve gained 4 pounds.  Not just from food – but from that simple act of accepting something from someone that’s weighing on me.

Think I need one of these …