Electing to Muse before the Laundromat

I tread lightly with this post.  Like a teen on a floor full of squeaky floor boards late at night.

It has come to pass.

Someone with no military experience is to be Commander-in-Chief of the Army and Navy.

Someone with no political experience holding office is to be Head of State and Head of Government of the United States.

I shudder because someone who has problems editing himself and can’t help but display his racism and misogyny is to communicate with other world leaders. 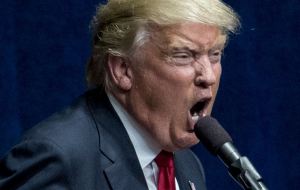 I was advised by a friend of many, many years that I have no right to ‘complain’ because I didn’t vote.  That I should become a citizen and do so, THEN I could complain.

I rebutted with the fact that I am here legally and have paid taxes (beginning at 14).

I reminded her that I have a son who is a citizen and worry for his future.

I also mentioned that throughout this entire campaign, I didn’t once comment on her obvious support of a candidate I abhorred.

And let’s face it, if ever there were a time I’d want to become a citizen, it certainly wouldn’t be now.

Besides, now I’m over my fear of flying – perhaps I’ll enjoy a deportation?  Would be nice to see my family and friends in England again. 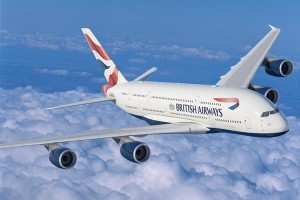 But, in all seriousness:

He plans to dismantle the Affordable Care Act (which, I JUST signed up for!)  which will effectively increase the premiums out of working class reach.

He plans to change the tax brackets (removing the largest one & increasing the lowest) which will only serve to add to our National Debt.

God only knows what his other plans are – we didn’t hear much about them during his campaign. (I mean, other than the notorious ‘wall’)

But you can be sure that Pence and the Koch brothers have quite an outline for him.

And that is all I will say.

Sadly, regardless of any success he may achieve in ‘making America great again’ – the person doing it is still someone who has zero respect for women.   Someone who bullies, spews hate and lies.  Someone who does not apologize or accept responsibility for past indiscretions.

Someone who does not tread lightly.

Why Didn’t They Come Forward Sooner?

Standing at the work station counter sorting condiments.  One knee against the bottom of said counter.

I feel a presence.

Then I feel a hand on my bottom.

“No, THIS.”  Hand shoved down the front of my pants and into my underwear.

Never did I focus so much on my knee and the feeling of the wood against it – I focused so much on my left knee and as the rest of me spiraled out of control and panicked, I felt safety in that grounding sensation.

I raised my son alone.  Well, I had the help of my parents.  A roof over my head and a mom that adored my bundle of joy.

I hated that I missed his first smile – first laugh.  Hated that I had to work and miss all the good stuff.

But, it was necessary that I work to support him.

His, um, ‘Sperm Donor’ made it very clear when I announced my pregnancy that he wanted nothing to do with it.

To the point that “If you try for child support, I’ll quit my job and move in with my parents.”

I was also very young and acting out back then.  We had both experimented quite thoroughly with drugs.  I stopped … he didn’t.

I didn’t want such a person in my son’s life.   My son didn’t deserve someone in his life that didn’t want to be there.

And as I’ve consistently pointed out to my son, it wasn’t a personal attack on him, because he didn’t KNOW him and REJECT him, he just didn’t want to be a father, period.

I didn’t take that out on the paternal grandparents however, and gave them an opportunity to be just that.

They didn’t want it either.

And there you have it.  No paternal support.  Not emotionally, not physically and not financially.

I bring all of that up so you realize how important keeping my job was to me.  Sole provider.

I drove to the home I had at the time – a yacht.

I was shaken.  Crying.  One of my best friends happened to be outside on his boat.

Saw me – called me over.  I bawled and shared everything.

We happened to know a lawyer.

I was pensive to say the least.

Terrified to lose my job and not be able to support my child, terrified to confront my assaulter.

But, I knew what he had done was so completely wrong and if it was that easy for him, probably other’s had been through it.

Time had passed and my lawyer recommended I wear the same color clothing as my eyes.  “It makes you more believable.”  Wait.  What?? I was only going to tell the truth anyway.

I had already quit the job.

He sat there – with a polystyrene cup over his nose and with his mouth, munching on it.

That’s how seriously HE took this. His assistant manager (Should mention ‘he’ was the owner of the entire company) silently scolded him.  I found it extremely offensive and was already terrified to be in the same room with him.  Assistant Manager was actually very kind to me the whole time I worked there and I like to believe was just as disgusted with his boss as I was.

I had to answer many questions.

I had to answer them in front of my predator.

“Did you wear a revealing Halloween costume?”  “Have you been an actress?” (I was in a local murder mystery play).  “You say on your resume you’re a published author, how is this true?” Me: “I’m in the library of Congress”.

“How many sexual partners have you had”

“Who is the father of your child?”

That’s where it stopped.

I didn’t want him involved.

Did not want someone unhealthy forced into interaction with my son.

Did not go to trial.

When you are assaulted, so much goes through your head.

Is it worth losing my job over, I really need my job.

Will anyone believe me over someone so prominent and powerful?

I’m going to embarrass their wife/partner.

I’ll be talked about.

I’ll have to face them.

Public defenders do their job, and I’m NOT putting them down.  Because God forbid, I ever need one, I need them on my side.

But I’m pretty certain when a case comes up and they have to advocate for a guilty person, they don’t sleep well at night.

I hope they don’t anyway.

Because I was VERY credible and VERY violated and he did not go easy on me in that room.

Because it’s horrid.  It’s embarrassing.  Because your entire PAST is brought up.

Someone that ASKED for it.

I’ve been through two rapes.

I’m not allowed to vote, because I’m a ‘legal alien’

So, I’m reading comments about ‘those women’ who are accusing and how disgusting they are.  And feeling very angry.

I actually unfriended a very good friend not because of their political beliefs, but because they questioned ‘the accusers’  very insultingly.  And I can’t handle that anymore.

But, I am not beyond repair.

I have fallen in love with someone and STILL support and love my son. Maybe I’m not as broken as I thought I was.

I numb myself, and am working on fixing that.  Because I shouldn’t .

I degrade myself because I feel small.   And I shouldn’t.

But the ‘why now’ thing … If I HAD kept an assault quiet, then years later heard my assailant on the news speaking so horribly about women – then denying any wrong doing, that would be a trigger for me.  Then imagine that person could hold the highest office in the country.  I would HAVE to come forward in the hopes of doing anything to try to stop that from happening.

Go easy on the “Why are they coming forward now?”

I hate the vulgarity that I have used.  But this is clearly a very emotional topic for me.

And I will say now, “Telly Telly” is going to be ‘he who shall not be named’s” downfall.

When I was small, I asked “May I please watch the Telly?”  Television. And I’m pretty certain “The candidate” didn’t share THAT nickname with anyone outside of his circle.

I hope shudders went down his families spine when that phrase was uttered.  Although, I think they knew all along.

Too much dread with him.

PLEASE don’t vote for him.

Posted in My Favorites, Uncategorized