← Time, screams and empathy vs lethargy.
Musings from home and mostly about Facebook. →

Musings from the Laundromat: Eyeball edition.

My right eye is still asleep.  Not sure how that’s possible, but it’s managed to accomplish it.

Laundromat has an odd atmosphere today.  Even Laundry Lady concurred with that.  She’s half asleep too, but I’m pretty sure both her eyes are working.

Then he walked off to the vending machine.   Very unlike him.  I should have mentioned I only have one functional eyeball – that’s something new. 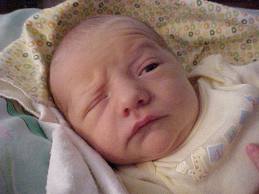 More people have descended upon the ‘mat now – the room is abuzz with various machine sounds and an assortment of patrons.  The radio is now on and being drowned out.  That, or one of my ears is sleeping too.

Chatter from the front of the room – and Glaucoma Man is folding his wash.  He never has much.  Just a tiny red mesh containers worth.

And he never says goodbye.

Just hurries out with his red bag in tow.

I wonder what he does after he leaves?  Does he just sit in his trailer and watch TV?

No secret what I do.

I have the social life of a corpse.

I’ll put the laundry away … Walk my dog around the yard.  Tidy the house then spend too much time with my dear friend Netflix.

Hopefully I can do that with just the one eye.

← Time, screams and empathy vs lethargy.
Musings from home and mostly about Facebook. →