← While we’re in a ‘Time Out’ – More musings.
How I tire of warning lights … or Feeling the pressure →

MY ‘real time’ watching of the Packers vs Bears. (Why ‘MY’? Because the freaking game wasn’t on my TV.  We had to wait until it was over to watch it.  Now it’s on. Only it’s not.)

I stayed off of social media – ok, I did go on to boast about this amazing sauce I got at the 99 cent store!  SO GOOD!  But I had blinders on and didn’t click on ANY notifications.

Game Pass still says ‘Black Out’ which, means I can’t begin yet.

So, now we know a little more about me.  Not only am I a nerd, but also love football.  Baseball not so much – only because it seems like you wait FOREVER for something thrilling to happen.  I feel like if I was at a baseball game, I could wander off and grab a hot dog and I wouldn’t miss much. This is in direct juxtaposition to Basketball – when something ‘thrilling’ seems to happen every 2 seconds.  But, it also gets boring when something ‘thrilling’ (like a million baskets) is expected.

When it comes to football, anything can happen, and sometimes does.

Good enough for me.

THAT being said, WHY wouldn’t my cable provider carry the game??? It’s a huge rivalry and no ‘home teams’ in my state were being broadcast.

So, how to do this?  I was going to post the actual time and my thoughts.  Now I can’t do that.  So, we’ll just do my thoughts, in order.

This will be long.  But, anyone who cares about football or my blog will read. (Although, this has NOT been my experience, the shorter the better.)

I should also preface this with the fact that I have the mentality of an 11-year-old boy.

When it comes to watching golf or football, many of the things the announcers say is followed by “That’s what he said” or “That’s what she said” and then I giggle in my head.

Football commentators say the funniest things – and clearly mean it to describe the game, but I can’t help it! LOL!

We’re still in ‘Black Out’ mode on the PC.  Let’s pause and go to the lobby for a refreshment shall we? 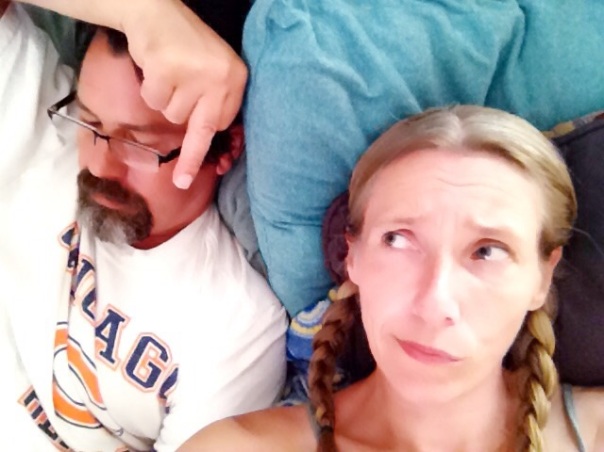 And I may stomp a little around the house – then I’m going to check the score.  Because you know what ELSE is on tonight?  Fear the Walking Dead.

What a let down.

Here we go though, here’s how I see the game actually happening:

Someone threw a ball

Someone missed catching it

Someone got a touch down

← While we’re in a ‘Time Out’ – More musings.
How I tire of warning lights … or Feeling the pressure →