Mothers Day edition of ‘Musings from the laundromat’

Feeling a little guilty about being here.  They’re closing early for Mothers Day.

I get the same feeling when I pop into a shop on any other holiday and they’re open.

I’m sure when I walked in the lady behind the counter was thinking “Oh, great.”  They close in 50 minutes.  I can be outta here by then.

So, Happy Mothers Day! My morning started (after being up with Butters at 5 am) being late up.  I actually crashed out after crawling back into bed and didn’t wake up until almost 9!  Unheard of for me – delightful.

Although, I had planned to be here by 8 am – then I could have avoided the awkward early close predicament.

My son had a surprise outing planned.  We were to leave at 10:45.  What to wear?  His response: Formal casual.  (Note to self: Explain dress codes to Nic.)

Pulling up to the laundromat, my car advised me that it was 110 degrees out, so you can imagine that my attire was more casual than formal.

Here we are driving there.  Yeah, I know, bad influence.  Taking photos while he’s driving.  (ooo!  By the way – I think this was the first time as a passenger I didn’t freak out and actually enjoyed the scenery!  He’s a LOT better driver now.) Here’s me enjoying the scenery: 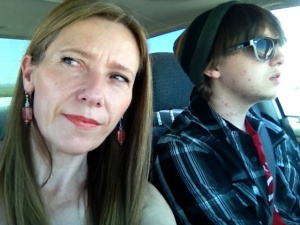 I didn’t know where we were going – but I knew food was involved.  I’m ok with being fed. 🙂 So we arrived – which of course, means more photo ops.

The restaurant is really lovely and does a great brunch.  I’ll withhold the name but here’s some inside pics: 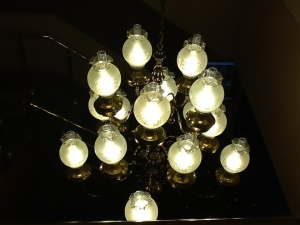 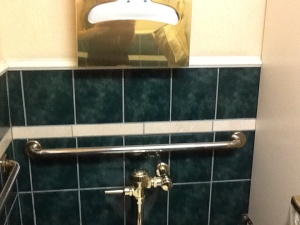 That’s the decor, and yes, I did have to take a photo of the golden toilet plumbing and seat cover dispenser. LOL!

See, I still participate in debauchery.  There were so many to choose from!  How could I not sample them all??  I would have hurt a desserts feelings.

Thank you Nic for planning such a lovely surprise. x

So I’m here … clothes in the dryer and really only wanting to nap off some of that food.  But, due to work circumstances right now, my plan B of going afterwards tomorrow didn’t seem like a good idea.

While we’re on the topic of mothers – the man I process for and assist is going through a very tough time with his mom right now.

I’ve been holding down the fort while his mom is dying.  😦

Friday I spoke to a Father (Priest? Vicar? Deacon?) who was trying to get a hold of him.  It’s been a tough few weeks with false alarms, last rites and emotions riding high.  However, Friday his mom was unresponsive.  I don’t know what to say.  If he was a woman, I could hug him – listen to him.  But, he’s a pretty stoic, logical man.  All I can offer is making sure things at work are running smoothly by stepping up to the proverbial plate.

So to end this edition – let me just say to my mom – I’m glad you were born, glad that you’re here and Happy Mothers Day.  I had a lovely day with you.  Love you, ‘Mand. xxxxx 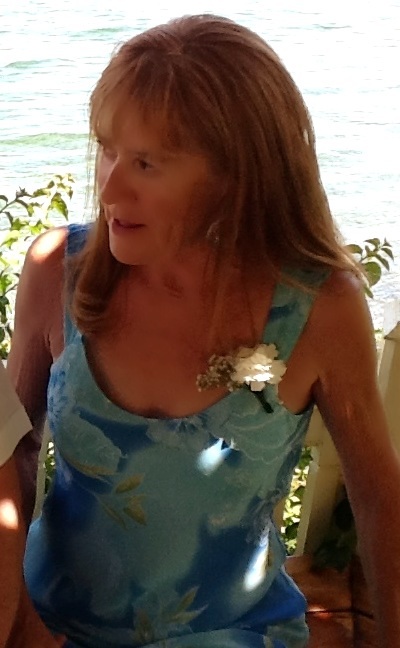