I’m not musing from the laundromat today – AND my weekend job hasn’t been done yet.  I’ll do both later today.

I had a Christmas party to attend yesterday and very little motivation to do anything other than that once I saw that ‘American Horror Story: Asylum’ was finally on Netflix!

The only kind of marathons I’ve ever, or will ever be a part of – are series on Netflix. 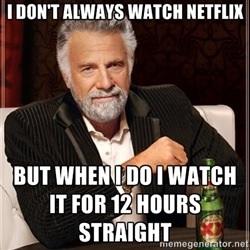 This is true.  This is how I watched Breaking Bad, Orange is the New Black, Derek and the first season of American Horror Story: Murder House.

I was just 3 episodes shy of finishing the whole season when it was time to get ready for the party.

Back to my horror story …

I’ve mentioned before that I’m not really that ‘girly’.  I don’t like to call attention to myself – but on occasion, I do enjoy the ritual of dressing up for a ‘dressy’ event.

I had the perfect dress.  It didn’t look like much on the hanger, but when I wiggled into it in the dressing room – it actually rendered me wide-eyed.

It fit as if it were tailored for me, simple little black dress with a satin bust area.  It was also really comfortable.

I took a shower – did my hair – grimaced as I put more make up on than I am used to and put on ‘the dress.’

I stood in front of the mirror and wondered when my dress had shrunk.  Oh, it still fit me, but the length … there was a LOT of leg that I don’t recall being there in the dressing room months ago.

I threw some shoes on and asked my date, (my son Nicholas) for his opinion.

“What if I wear my hair back?”

There was no hairstyle that was going to magically turn a really short dress into anything I was going to NOT feel awkward wearing.  It was already hard enough having lashes that felt like glamorous spiders and lips the color of a candy apple.

(Or … should I say “Ravishing Red” Oh Sister Mary Eunice …)

This was the make up.  And the funny thing is – I can look at this picture and it doesn’t look like too much.  Not when I compare it to any photos I’ve seen in any given magazine. 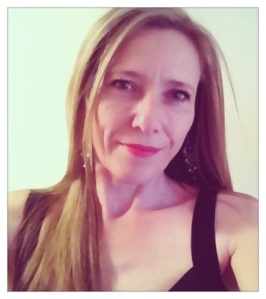 But it FELT like too much!  I can assure you.  Which, makes me wonder about celebrities and models … how much make up do they flipping have on?!?!

Nothing seemed to feel right.  I ended up wearing a skirt UNDER my dress, adding length,and a cardigan over it all.

From hooker to cat lady in two simple steps.

The party was nice – the food was great – then home to Netflix.  A close friend on Facebook had the following status today: “The best part about getting all dressed up for a holiday party?  Putting your sweats on afterwards.”

I managed to get Nic hooked into American Horror Story before we left, so we both sat in the living room glued to the screen.

Until I fell asleep. Probably the weight of the mascara had just been too much for my lids …

He graciously filled me in on everything I missed from ‘Continuum’ when I woke up from my unplanned nap. (Spoiler alerts Nic! Spoiler alerts!)

Luckily, I was too tired to retain all of the information he shared.  I went to bed then watched it this morning … (I also watched the last episode without him.  Not sure if I’m going to lie about that and watch it again with feigned surprise, or wake him up and tell him everything that happened.)

I hate when a show is over.  Much like when I finish a book.  I’m not done with you!  I’m invested now!  I get so attached to my fictional characters.

Must say – it was a great ending though.  None of that Sopranos ‘fade to black’ crap.  Yes, I have an imagination, no – I don’t want to use it after investing so much time in a story YOU created.

(I never was a Sopranos watcher by the way – but I think I’m the only one, so that was the best example I could think of for you.)

So, before I spend another day in my pajamas, I shall wrap this up with some of my favorite quotes and moments from American Horror Story: Asylum – and get my arse into gear for the rest of the day. 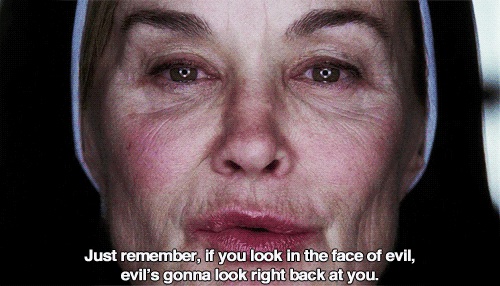 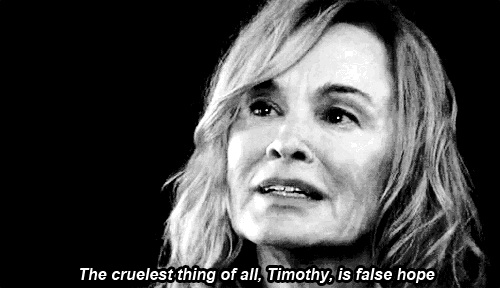 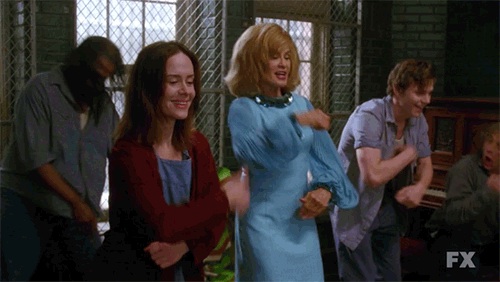 On a serious note, one of the more disturbing scenes … Dr. Arden and the ‘Ruby Earring’ test.  I was conflicted about whether I felt any compassion for him, given his past and his continuance of inflicting pain.  Pure evil – but, evil yearning for purity and innocence.  Why am I always looking for some ‘good’ in monsters? 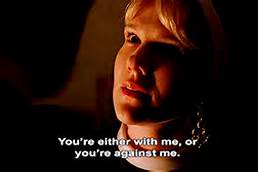 Having said that – the fact that once he sees there is no purity left in Sister Mary Eunice and decides he’s still ‘with her’ … (after such an amazing speech too!) was a twist I didn’t see coming.  He lost any shred of sympathy from me – and I was disgusted when he took it upon himself to burn with her.

But, lest we forget …