The Help and how I almost didn’t.

Ug.  I swear, tomorrow, I’ll find adorable kittens or whip up some comedy for you.  But – I must share what happened yesterday and today. 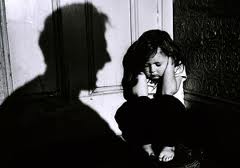 It is ironic that as I sat outside reading ‘The Help’, I heard something that would lead me to an internal struggle whether or not to do exactly that.

My home sits on a lot across from another home.  Our area is so quiet, that I can hear laughter or a sneeze from neighbors in close proximity to me.

It wasn’t laughter I heard yesterday though, but an argument that quickly escalated to screaming and eventually “Stop!” and “Why do you always do this?”.  I tried to keep reading.

Who knows?  They could have had a few too many beers watching football and were just having a really, really loud argument?

Still, memories came flooding back and my stomach was in tight little knots.  The soles of my feet felt cold and tingled.

Fighting scares me.  My inner child had already assumed the fetal position – while my outer ‘grown-up’ re-read the same sentence several times before giving up.  I placed my bookmark between the pages and  hoped the argument would soon stop.

But I knew better.

You can tell when the screaming abates and starts up in another room along with panic sounds and thumps.

Do I call the police?

Do I stay out of it?

What about retaliation?  After all, we live so close to each other!

I have my son to think of, my dog.  What if there’s payback?

WHAT AM I THINKING?! Of course you call!

I go in and think about it.

What if I’m wrong?  What if he goes to jail – and then they can’t buy the kids Christmas presents?  The kids?!  But, I hadn’t heard them …

I come back out to sit and see if it’s over.

Instead of audio, I now have a visual.  I see a lady emerge from the house with shirtless children, telling them “Because daddy won’t let us in to get dressed, because daddy tried to kill mommy”.

Had I known the children were in there the whole time, I would have called right away.  (This was not an assumption I could have made – I hardly ever see them, they seem to be there part-time?  They never play outside. Only time I hear them is when mom is yelling at one of them).

Now, while I’m pretty sure that woman has been physically abused, I am angry with her.

I am angry because that had better be her LAST walk from that house after telling her little ones what she just told them.

If she forgives her abuser, and goes back – those children get to be in a house with the monster that ‘tried to kill mommy’.

I understand adrenaline.  I understand she probably wasn’t thinking straight – and KUDOS for taking the children with her out of the house – but you DO NOT tell your children something like that unless you never plan to put them back into the home with that someone who ‘tried to kill mommy’.

When I used to argue with my ex-husband, we were as quiet as possible.  When the kids showed concern, we would always tell them ‘people disagree sometimes’ or make them feel safe in some other way.

He never hit me.

But I have been in an environment like the one I finally called the Sheriff about.

And there were nights I wished someone would have called the police.

My report was anonymous, until this morning. 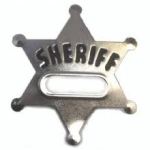 The deputy called me as I’d just finished getting ready for work.  Could I meet him East on a cross street?

“You mean, just before the boat?”

(Couldn’t have just said ‘hey, meet me by the boat?’ Civilian here – and a geographically challenged one at that!)

They had found the woman yesterday, and she had confessed it was not the first time he’d done that to her.

Now, I don’t know if she was wavering, recanting or what, because it turned out they wanted me to be a ‘victim’ of disorderly conduct.  To build a case? I don’t know.

“Did the altercation bother you?”

Of course it bothered me!!  Those poor kids!

“I’ll do whatever I need to do to help the kids” I hear myself say.

I’m then asked to write a report, in my secluded , anonymous spot in the middle of the damn street.

Could have just hung a sign on my house that said, ‘she’s the one that called it in’.

I am writing my statement and worried about retaliation, I am writing and I’m sad because although she was told NOT to return to the house, the Sheriff is pretty sure she did.

I am mad at that woman for keeping her children in that environment.

But … who am I to criticize?

We never know how we’re going to react in the face of such a happening.  We like to think we know what we would do, we know what we’re SUPPOSED to do.

But trust me.  As an educated, strong, woman who after a rape, took a long hot shower before going to the hospital, we do not always DO what we know we should!

We know better and yet, stress, panic, fear, shock, will take away every single after school special lesson and public service piece of advise we’ve seen on a topic and we just won’t always do the right thing.

At least when I finally called, I knew I had.

I realize I sound pretty harsh when it comes to the woman – I just get so wound up when it comes to children.  I DO wish the mom love, and safety, strength and hope and to know she is worth more than that!

She has a shot at changing her life, it will be hard, and it will be scary.  The unknown always is.

But I know people who read this blog that have done it, and people in my life who have done it.

Until she does it – those children (who are little girls by the way) are stuck in that sickness – soaking in that relationship – having it become their normal.  I pray the mom is given the strength to do the right thing. 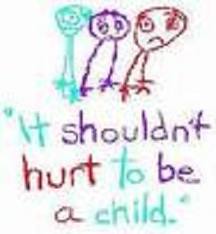